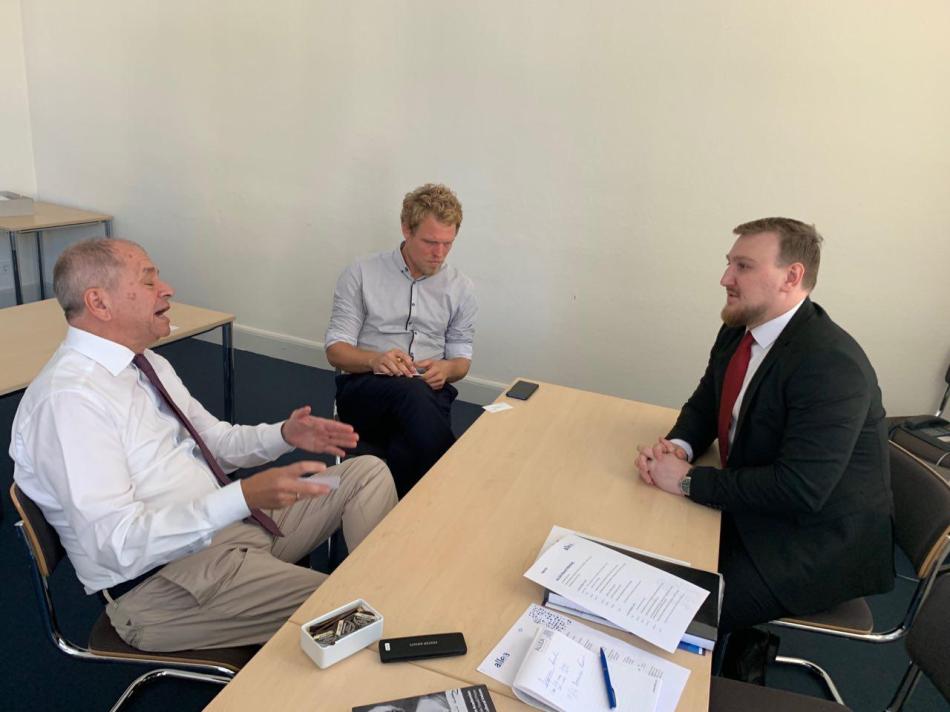 On September 6, 2019, in Berlin, a meeting was held between Igor Serotila, Executive Director of I Am Future Foundation and Professor Antonio Loprieno, ALLEA President, as well as Dr. Matthias Johannsen, ALLEA Executive Director.

During the discussion, several areas of cooperation were identified, including support for certain scientific and innovative projects, connecting Moldovan youth to initiatives and opportunities in the European Research Area.

The President of ALLEA invited the Foundation to attend the ALLEA General Assembly, which will be held in London on June 3-5, 2020.

The meeting was facilitated by academician, professor Gheorghe Duca, former President of the Academy of Sciences of Moldova, member of the ALLEA Executive Board and Ambassador of the I Am Future Foundation.

0 comentarii la „I Am Future Foundation met with ALLEA leadership”